Mark Schultz - Everything To Me - story behind the song

Posted by Theresa at 1:48 PM No comments:

To the Woman Behind Me in Line at the Grocery Store

My daughter-in-law showed me this article when we get back from Busch Gardens yesterday.  I think she thought I'd love it; however, I'm not sure she can fully understand why I did.

If you have ever been in a difficult situation (whether it be financial or personal), and people show up to help (in ways you could have never imagined or expected), you can relate to this story.  As a matter of fact, you will NEVER forget YOUR story.  And when you read stories like this, your mind will return to that place/time/memory in your own life and you will feel those same emotions.  (At least I pray you will - I pray someone was there for you too!)

I am so thankful for the numerous people God placed in my path over the years.  When I stop to think about who they were (aside from family and co-workers I have a very special bond with), they all lead to one common denominator:  Northside Christian Church.  I have been touched in so many ways by so many members, I can't begin to list them all!  Some offered prayers, some offered money, some offered friendship, some offered song, some offered leadership, some offered the opportunity to grow, the list goes on and on and on....

Is every member of our Church body Christ like?  Probably not.  Is every member perfect?  No, not one!  Have my feelings ever been hurt by members of Northside?  Yes.  Has satan used my pain to trick me and keep me from attending?  You bet he has!  But I am so thankful JESUS keeps sending me back; so I can be filled again!  I am so thankful.

Posted by Theresa at 6:52 PM No comments:

The Biggest Compliment I've Ever Been Given!

One day last week, during a lunch break, I entered the kitchenette in our building and was met by two kind gentlemen who work in another department. I don't remember when or why (what sparked the conversation), but I had a nice lengthy conversation with one of the men a few months ago about family, marriage and children.  It was such an enjoyable conversation, leaving me grateful for our chance meeting.  Every time I'd seen him since that day, I was excited to greet him!

Last week, when I saw him, the three of us began to chat about life "stuff," when he turned to the man next to him and said, (I don't remember his exact words, but cherish his intent) this lady is different.  She is always kind and friendly; what you see is what you get.  He went on to say what a rare quality I had and how nice it was to meet someone like me (and that he hadn't met anyone like me in our building).  As soon as the words left his mouth, I began immediately considering them; attempting to analyze WHY I am the way I am.

I said to both of them that it could have come from being raised by amazing parents that adored me; or from the joy inside my mother (a Christian who walked the walk, not just talked the talk).  I also shared about my Church family (Northside Christian Church) and how LOVING the members are and how you can't help but FEEL and share HIS (Jesus Christ's) joy.  That our Church focused on the Bible's NEW TESTAMENT - Jesus' command to love one another, not the Bible's OLD TESTAMENT - focusing on human laws and judgement.  I explained from our Senior Minister's leadership and genuine Christian walk, how my life had been changed.  To my response, he quickly agreed; as if to say....


THE JOY OF THE LORD IS OUR STRENGTH! 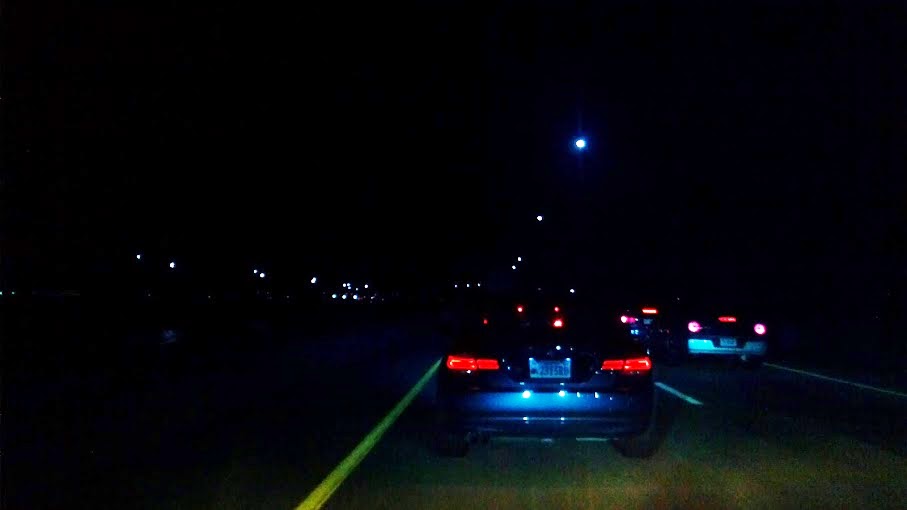 I'm quite certain you tell by the photo above, this was NOT a great night for a drive through the HRBT!

If you only travel through the Hampton Roads Bridge Tunnel (HRBT) during the work-day hours, you have NO IDEA what fun you've been missing!

Prior to August 10, 2012, I had NO reason to travel through the HRBT after regular business hours.  Although my wonderful son and beautiful daughter lived in Virginia Beach, I was doing my best to be a good mother-in-law (by NOT intruding).  However, the evening of August 10, 2012, that ALL CHANGED!  That was the night I became a GRANDMOTHER! 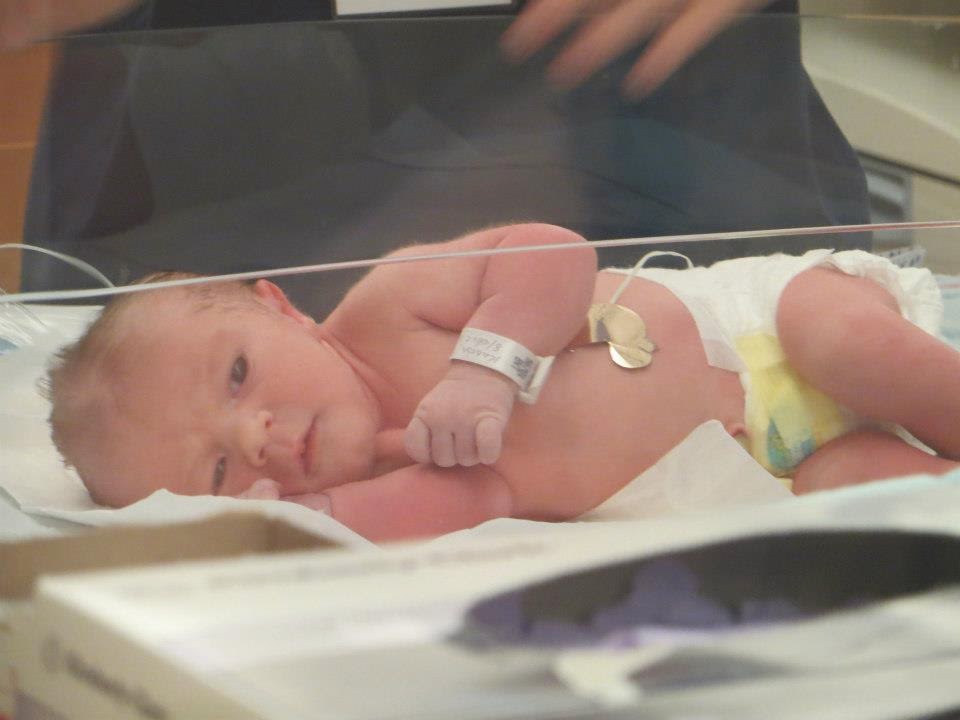 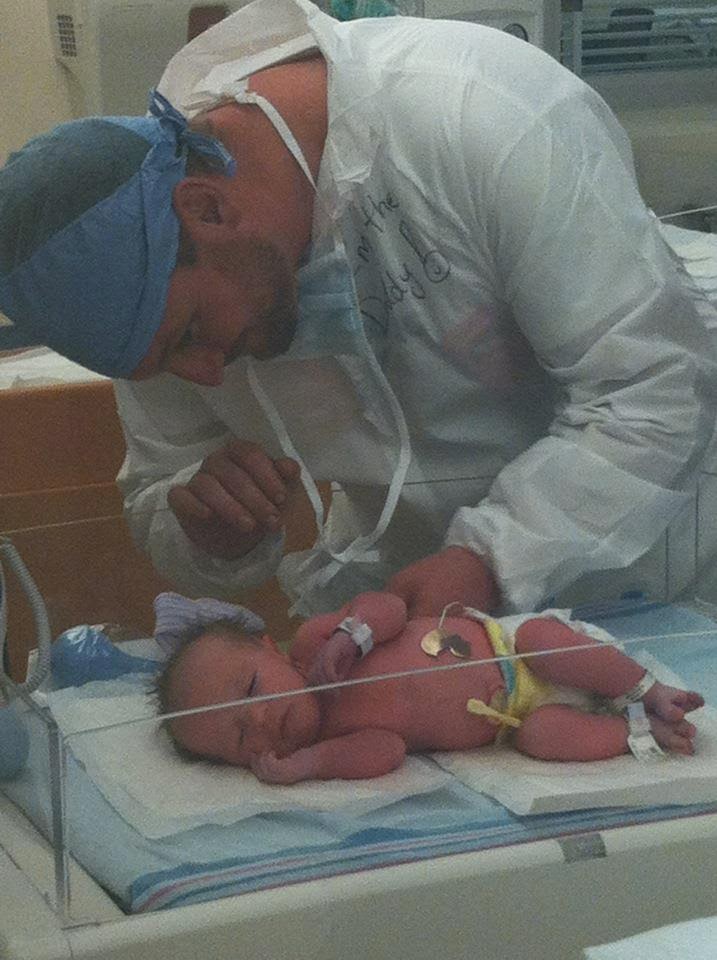 Harper with her PROUD daddy!

I made the decision, shortly after Harper's birth, I wanted to create a very special relationship with my granddaughter.  I wanted my granddaughter to know her grandmother, and for her to WANT to spend time with me.  The only way to do that would be by spending lots of time with her to create a VERY SPECIAL relationship.  If we spent time together, she would KNOW how much her grandmother LOVED HER, and she would want to be with her grandmother too!  (Not to mention, the GREAT TIMES we would have together; she would look forward to my visits!)

Almost immediately, I asked if I could come over and visit Harper one night a week after work.  (I remember when my children were little, it was difficult to take the baby out due to the numerous items you need to carry with you to care for the baby.)  I still didn't want to intrude, but hoped this would be the easiest way for all of us.  They graciously allowed me to come and I have really enjoyed spending time with Harper AND Peter (my son); not to metion getting to know my amazing daughter-in-law!

Shortly after I started my regular weekly visits, CONSTRUCTION began on Interstate 64 (East and West-bound) in the evenings.  Now, I agree it is much better to do the raod-work at night (when the traffic is significantly reduced); however, two and three lanes closed at one time is a bit extreme!  I don't care if there are fewer cars on the road, when you only have ONE LANE to get through, the traffic is HORRIFIC!!!!  I hate to admit, I use to hope for RAIN on "grandbaby night" so construction wouldn't be an option!  But no matter what happened on the interstate (or anywhere else for that matter), I would do whatever it took to spend time with my grandbaby!  (As a matter of fact, it's become a joke at work. On grandbaby night, everyone KNOWS to get out of my way at quitting time!  I'M OUT THE DOOR ON TIME!)

As times gone by (Harper will be two this August), the construction on the west-bound  side of the interstate has reduced.  The bad news, it's MOVED TO THE TUNNEL!!!!

I think the next few pictures will tell the story of my commute Wednesday night! 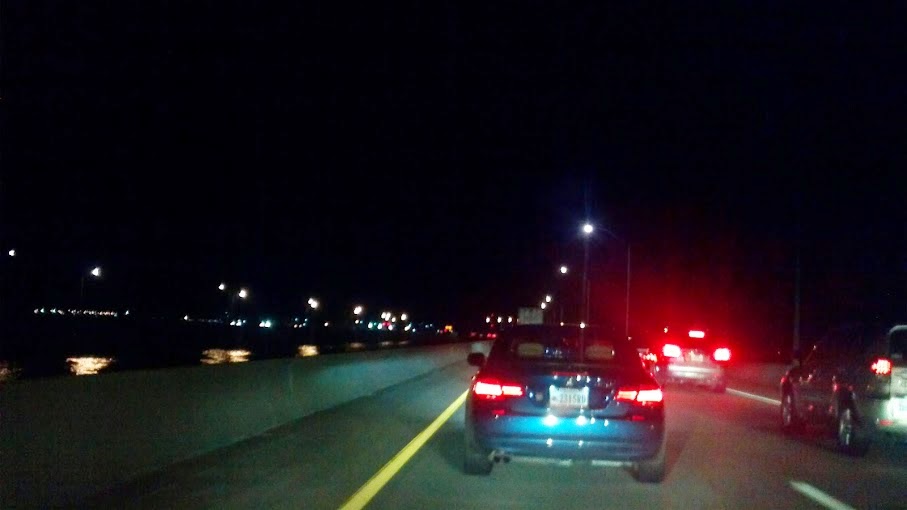 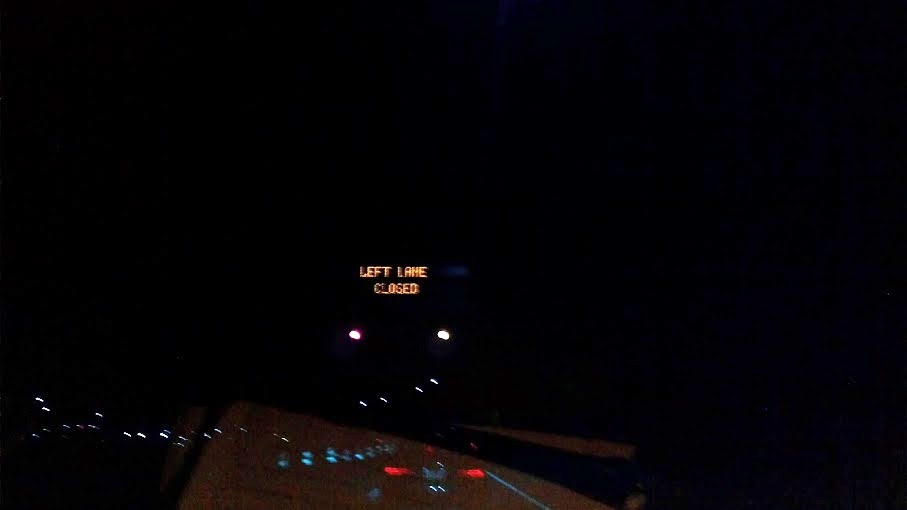 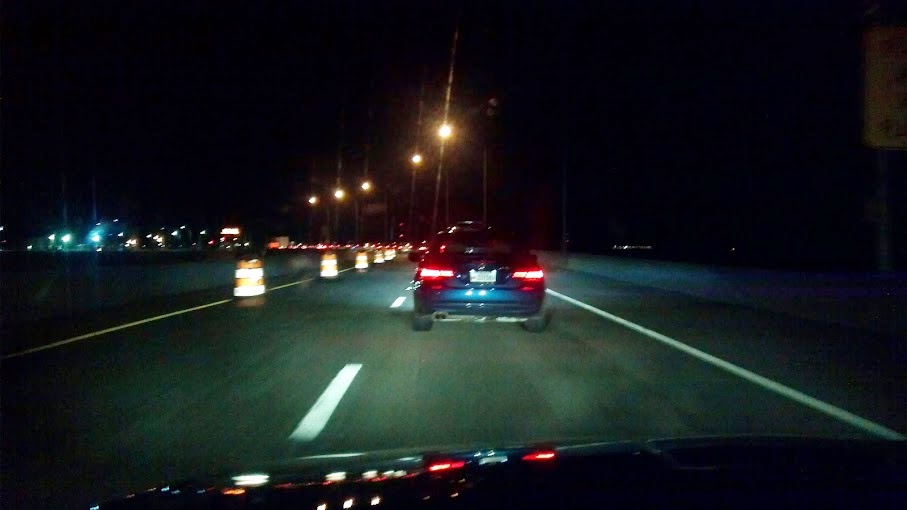 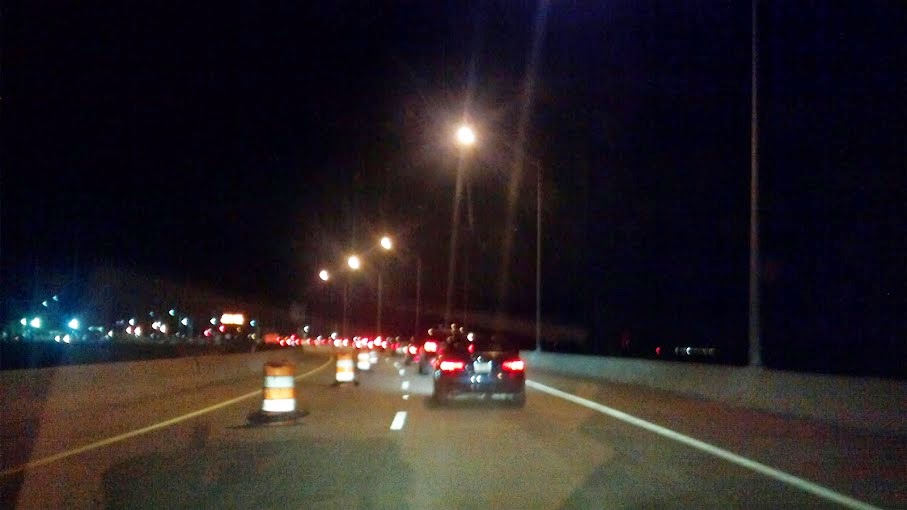 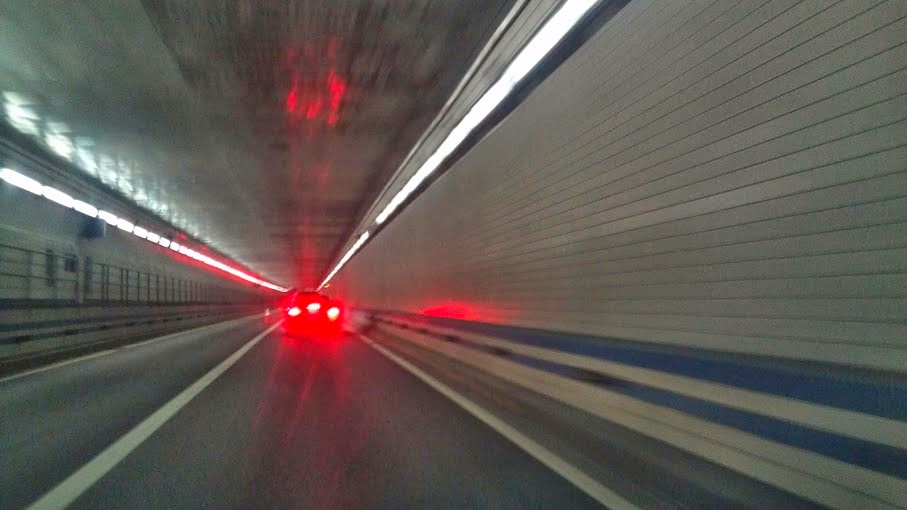 I want to tell you that I didn't see ONE VDOT EMPLOYEE the entire time I was TRYING to get TO OR THROUGH THE TUNNEL!!!!  NOT ONE!!!!

The commute took a very long time (as THE TUNNEL WAS CLOSED when I left Virginia Beach and opened just about the time I got TO the tunnel).  When the tunnel reopened, it was reduced to one lane for construction.

I'm happy to report, I sang with the Christian artists on K-LOVE the WHOLE RIDE HOME!  And even though it takes a bit longer, there is NO WAY I will discontinue "Grandbaby Night," EVER!!!  I ADORE MY HARPER BEAR!

I got a little busy at the office this afternoon and left a couple minutes late.  However, I had my amunition in place for the commute home (just in case).

When I got home last night, while I was cooking dinner, I took a moment to look for something I misplaced.  I came across a book I read a few months ago and thought it would be extremely appropriate for LONG AFTERNOON DRIVES!  I was SO RIGHT!!! 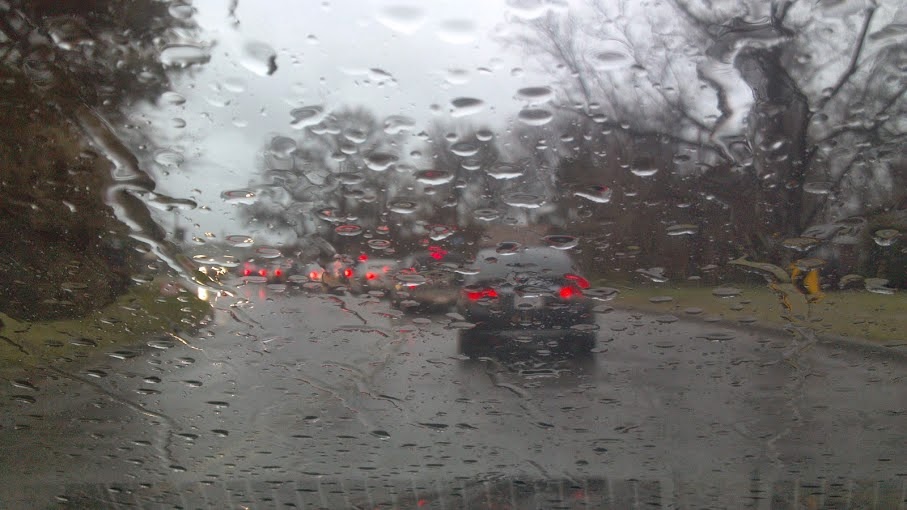 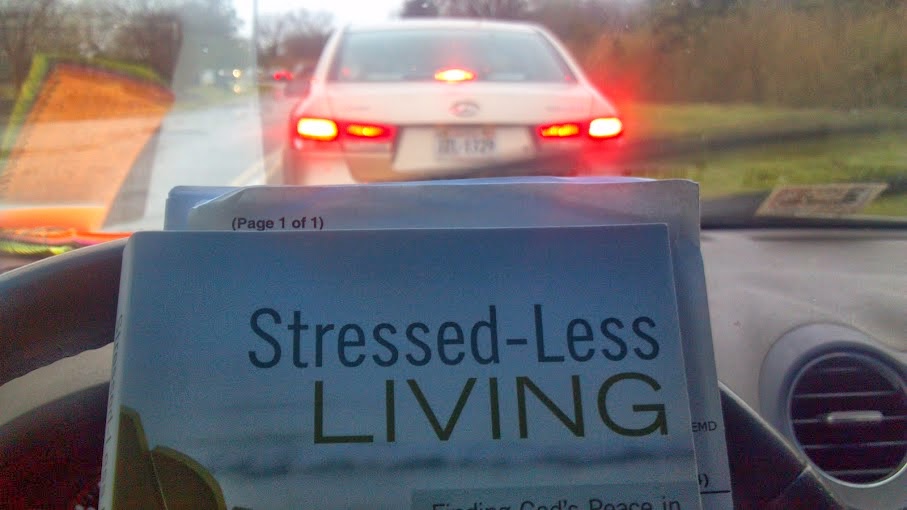 Notice the TITLE of this book!!!!   THIS is the appropriate book!! 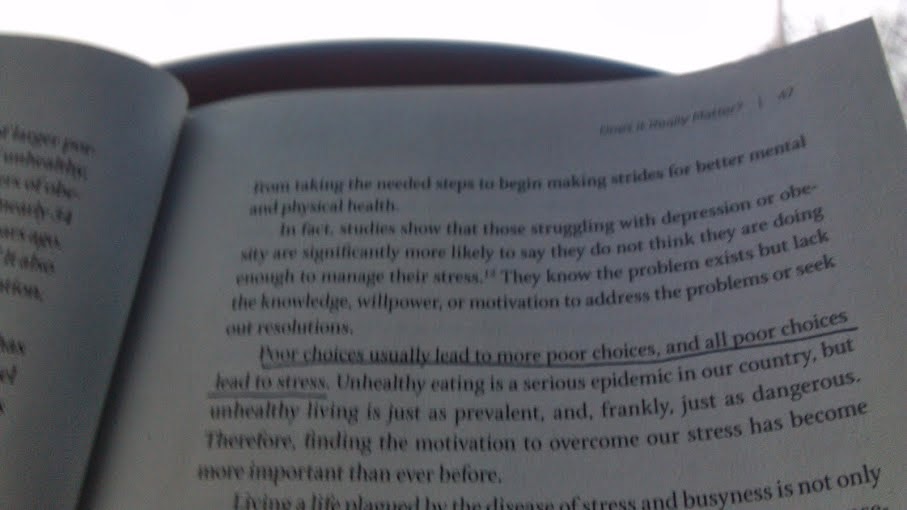 Not sure you can see the text I previously underlined in my book:
Poor choices usually lead to more poor choices, and all poor choices lead to stress.
(I'm thinking WORKING IN NORFOLK just might be a POOR CHOICE!) 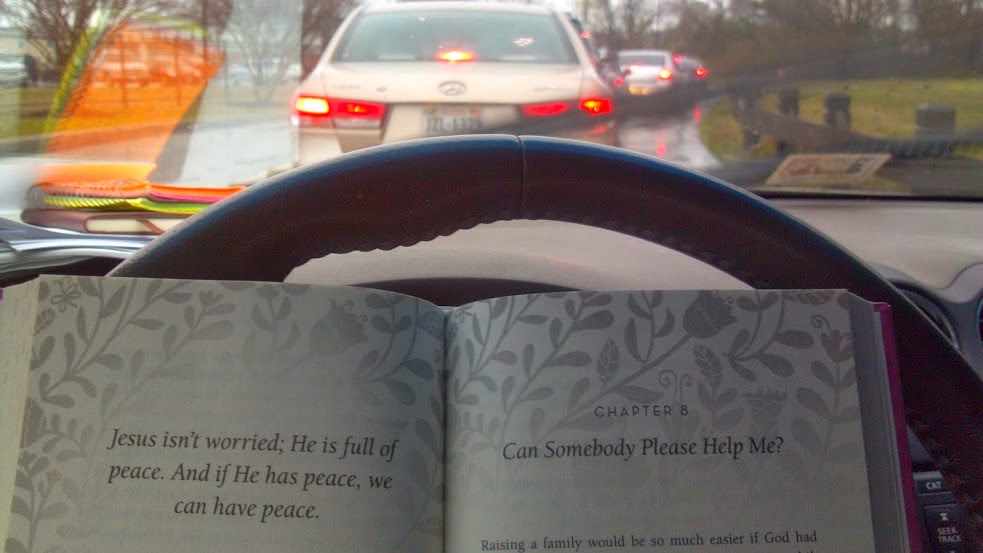 Can Somebody Please Help Me!?!?
(The Confident Mom by Joyce Meyers) 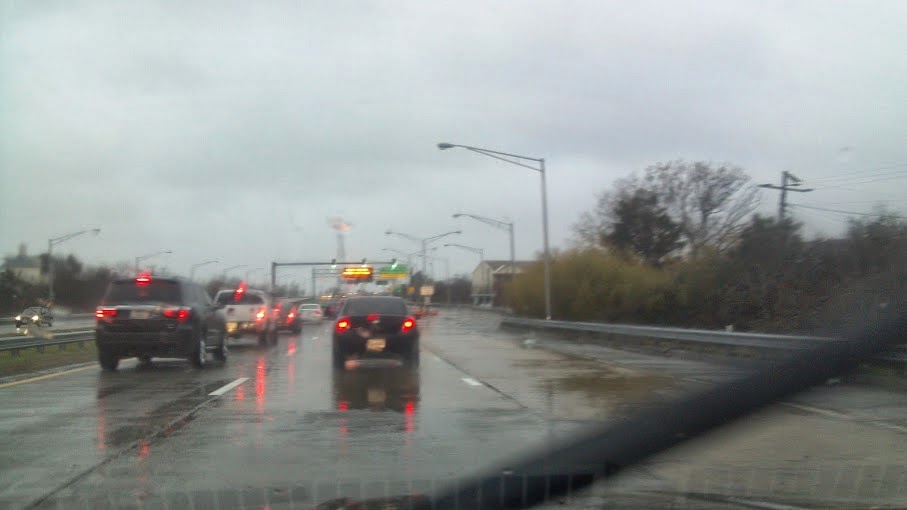 Made it to the Interstate, FINALLY! 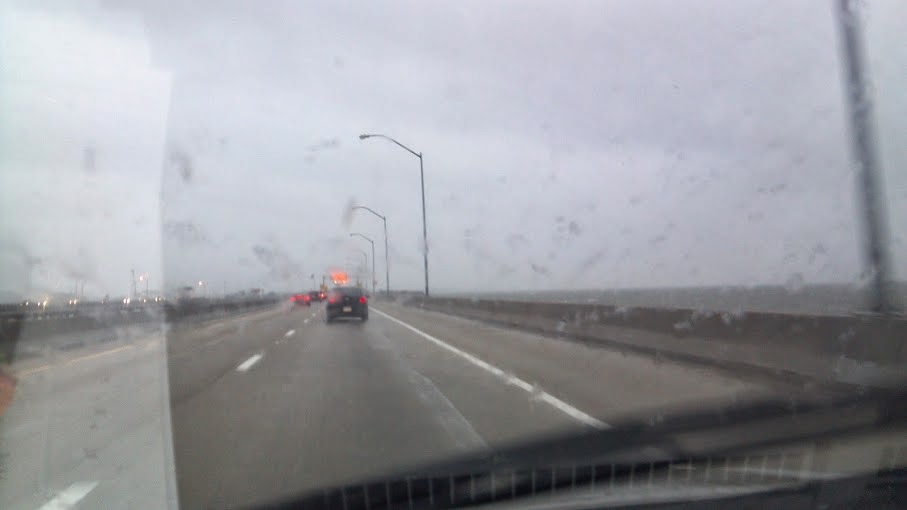 YAY!  FINALLY ON THE BRIDGE TUNNEL!!!! 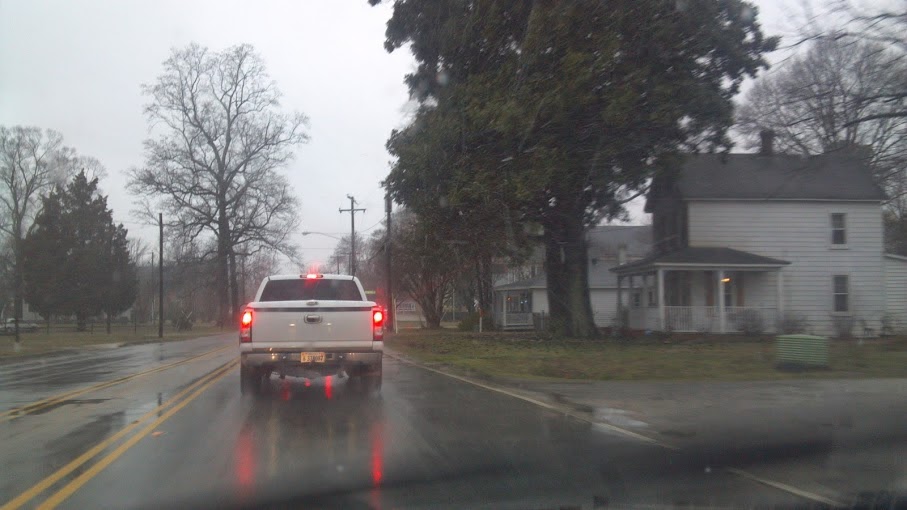 Still on the drive home - but on the Peninsula now!! 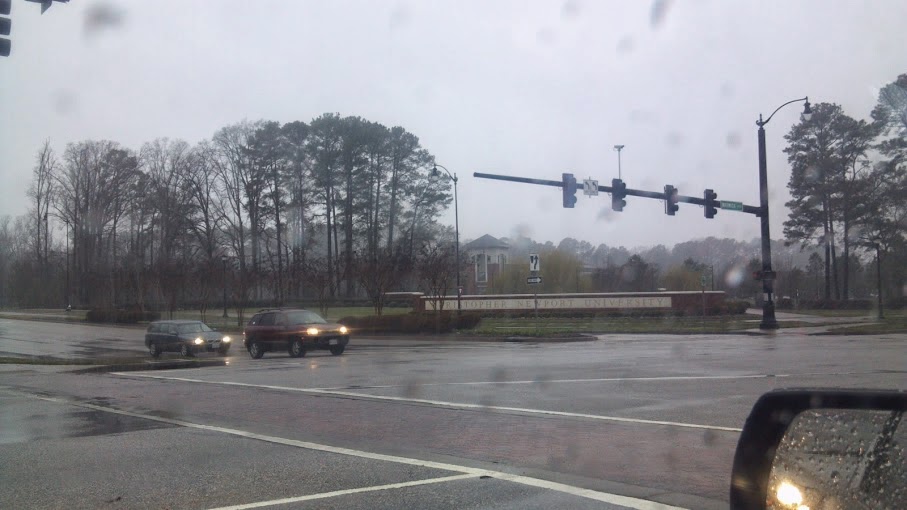 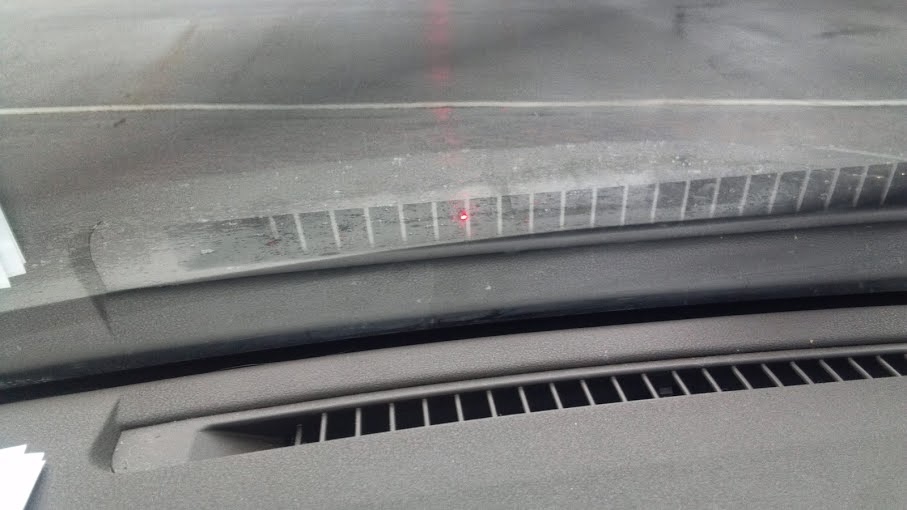 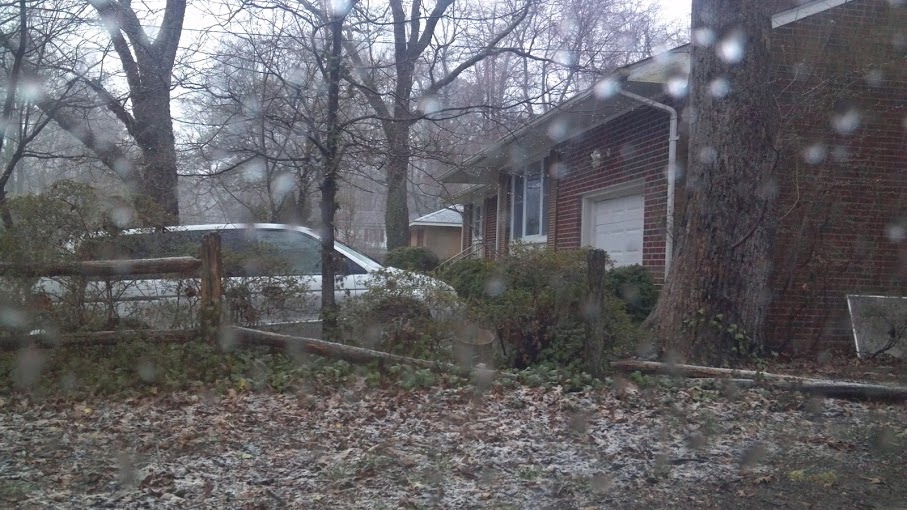 The snow is starting to stick a little bit!

I'm HOME and it ONLY TOOK over an hour!!!

Seriously, I enjoyed the drive home tonight.  The music on K-LOVE WAS AWESOME and I was singing along at the TOP OF MY LUNGS!!!!    Some of the songs were:  SHAKE by MercyMe; Let them See You by JJ Weeks Band; This is Amazing Grace by Phil Wickham; How Sweet the Sound by Citizen Way; One of Casting Crowns fabulous songs; the list goes on and on.....

Plus my co-worker was behind me and we spent the drive sending humorous text messages back and forth until we were home.

Posted by Theresa at 8:31 PM No comments: 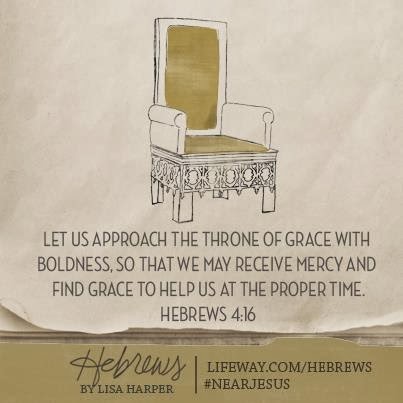 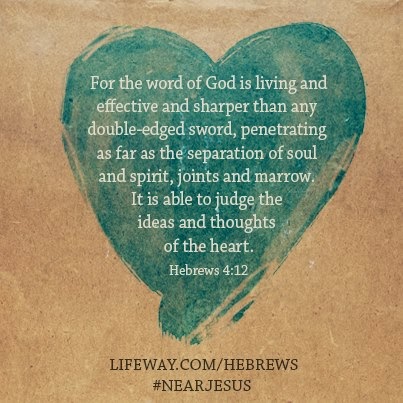 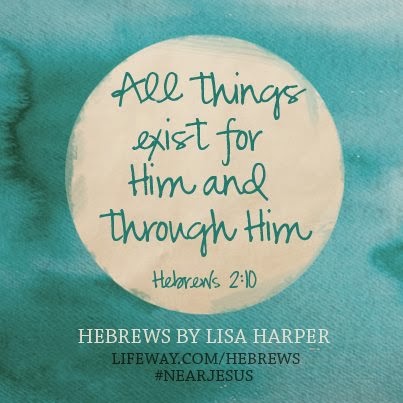 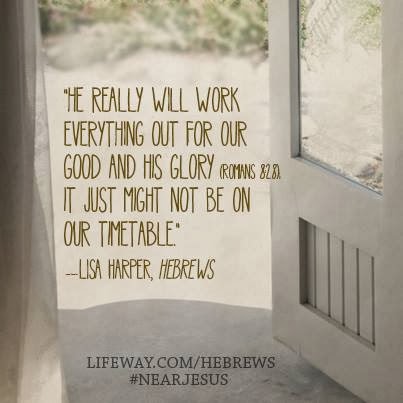 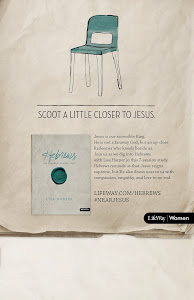 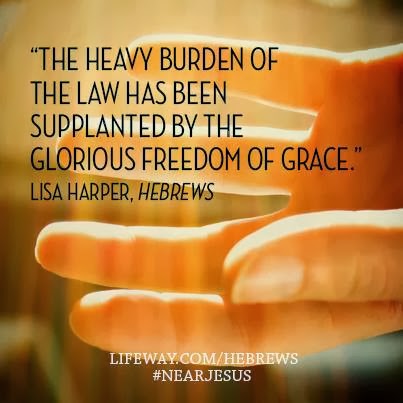 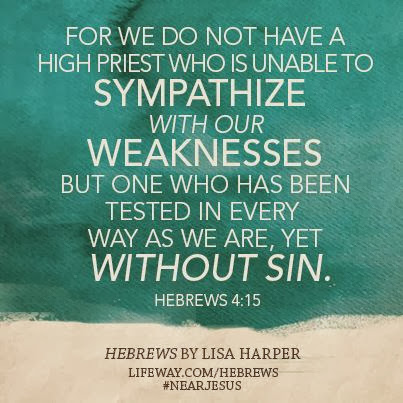 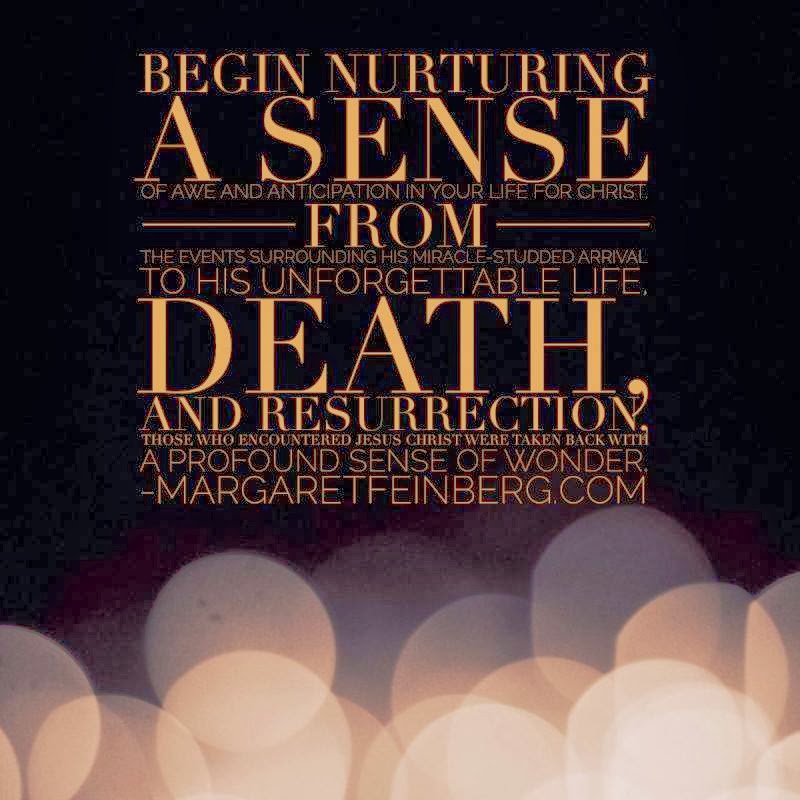